You could argue Tinsel Town’s Trump Derangement Syndrome began long before the real estate mogul crushed Hillary Clinton’s presidential dreams. Stars like Sarah Silverman and Louis C.K. played the Hitler card against Donald Trump during the primaries, a sad preview of what was to come. There’s nothing wrong with opposing President Trump’s policies or criticizing his personal demeanor. Plenty of conservatives, not the absurd NeverTrump types, do just that. It’s healthy. It’s American. The following stars took their Trump hatred a bit further, though. They epitomize Trump Derangement Syndrome, a fictional name for a very real type of political disorder. You don’t have to be a medical specialist to spot it. Nor do you need a degree in political science to realize the following stars shouldn’t be taken seriously given the tenor of their comments.

The two-time Oscar winner may suffer the worst case of TDS. De Niro can’t complete a media interview, a practice he studiously avoided for years, without mentioning Trump in the ugliest way possible.

He famously cursed out the president during 2018’s Tony Awards broadcast, drawing a standing ovation from the potential TDS sufferers.

Prior to that, the “Raging Bull” star openly wished to punch Trump in the nose, called him a gangster and said far worse whenever he stood before a mic or journalist’s pad.

The “Say Anything” star’s celebrity profile isn’t what it was when he was cranking out teen comedies in the ‘80s. Cusack still works, but his movies primarily debut on VOD and offer genre thrills over serious fare.

Cusack grabs more attention now for his Twitter Trump rage. Consider the time he claimed the U.S. Military “abandoned” Trump. Or how he routinely lashes out at Trump voters as “racists,” echoing the worst comments of Trump critics. He also called Trump a “test run for true evil.”

How bad can Cusack be? He even retweeted an anti-Semitic message during one Twitter rage fest. He later deleted the comment, but not before briefly blaming a bot for the share. TDS can be accompanied by derious side effects.

The truest sign of TDS is how sufferers rage against more than just the President. Their fury bubbles over to their kin, too. The formerly Divine Miss M falls squarely into this sad sub-category.

Sure, she’s shared a fake quote about Trump to her millions of online followers. Yes, she’s dubbed Trump a “cancer on our country.” But she steered into TDS, hard, by using racially charged insults against his fans, describing a group of black supporters behind the president as being his “blackground.”

More recently, she dubbed First Lady Melania Trump an “illegal immigrant” and mocked her accent. She eventually apologized for the accent slam.

Now, art is imitating life. Midler stars in the HBO comedy “Coastal Elites,” playing a character who rants about, guess who, President Trump.

The “Sure Thing” director hasn’t made a good movie in, well, ages. He keeps trying, though, delivering mediocre fare (and that’s being kind) with duds like “Shock and Awe” and “Being Charlie.”

It’s a far, far cry from his days delivering “Stand By Me,” “The Princess Bride” and “This Is Spinal Tap,” all certifiable classics.

Reiner draws far more attention of late for his anti-Trump screeds, which make it sound like the Trump/Hitler comparisons are just too … kind. Sound excessive? Consider the Tweets.

Even worse? Reiner leveraged his legendary father’s death to attack Trump. Carl Reiner passed at the age of 98 earlier this year, and his famous son said his pappy hoped to live long enough to see Trump’s White House “eviction.”

“Ace Ventura” doesn’t make us laugh anymore. The rubber-faced superstar either gave up on broad comedies or can’t get his shtick greenlit anymore. Getting old can be brutal in Hollywood, and you can’t talk out of your posterior forever.

That’s left Carrey making dark, twisted fare like the Showtime series “Kidding,” which limped along for two seasons before getting canceled.

He spends a large amount of time painting these days, but his art work isn’t focused on still lifes or Bob Ross-esque landscapes.

He vents his Trump rage onto canvases, attacking not just the president but nearly everyone associated with his administration in the most garish ways possible. That means Secretary of Education Betsy DeVos, Sarah Huckabee Sanders and other Trump officials get ghoulish portraits that make Edvard Munch’s “Scream” look like Glamour Shots.

This is the portrait of a so-called Christian whose only purpose in life is to lie for the wicked. Monstrous! pic.twitter.com/MeYLTy1pqb

He also singles out Trump supporters with his illustrations, another sign that his TDS is raging.

Carrey promised to halt his anti-Trump art around the time his film “Sonic the Hedgehog“ hit theaters. He couldn’t stick to his pledge. Recently, he painted a picture of a MAGA hat wearing COVID-19 patient on a ventilator.

Yes, every late night host is now officially part of The Resistance. Jimmy Fallon had to be bullied into the role, but he’s taken to it with aplomb of late. Colbert remains the gold standard, the “clapter” machine who will stop a monologue cold to mimic a Daily Kos diarist.

All you need remember is Colbert calling Trump Vladimir Putin’s you-know-what holster to realize how far he’ll sink to insult the president.

Humor remains in short supply with your average Colbert rant. It’s more about spinning for Democrats or taking Team Trump out of context.

David Letterman, Colbert’s iconic predecessor, took a hard left turn at the end of his epic late night run. Still, he’ll be most remembered for his eccentric bits, his cagey humor and his willingness to shake up what late night TV represents.

Colbert’s legacy? He helped turn the affable format into a hard-left institution that actively chases away half the country on any given night.

The superstar wants nothing less than to turn back time to an America where Trump was merely a reality show star and real estate tycoon.

Alas, Doc Brown’s time machine isn’t actually a thing, so Cher spends far too many hours savaging Trump on Twitter. She does so with spittle-flecked fury … and plenty of ALL CAP pronouncements.

She’s hoped for Trump to be thrown in jail and then sodomized by an inmate, said he “kills Americans without a thought” and called a second Trump term “the end of Democracy.”

The D-list comic hasn’t been as vocally anti-Trump as she was at the start of Trump’s presidency. Then again, how could she top the stunt that set her career ablaze three years ago. For those living off the grid, or the planet, Griffin famously posed, ISIS-style, with the president’s severed head.

The D-lister cried, apologized and then took it all back, rebranding herself as a Colonel in the Hollywood Resistance’s Army.

Since then she’s made some extra cash hawking anti-Trump merch (complete with profanities) and dared to say she’s a free speech martyr. She occasionally gives Reiner and co. a run for their money, like the time earlier this year when she begged someone to inject the president with a syringe filled with air, assuming that would be a fatal act. 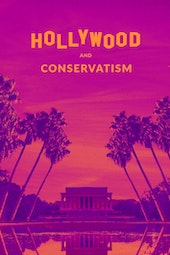