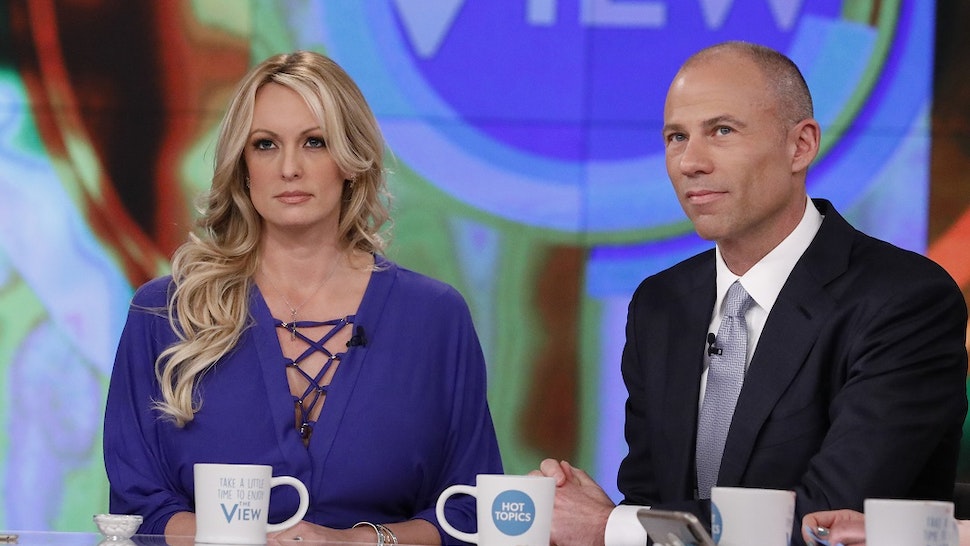 Who is Michael Avenatti? Michael Avenatti became famous for his role as the attorney of porn star Stormy Daniels, who claims she had a one-night sexual affair with Donald Trump in 2006 and was paid $130,000 in October 2016 by Trump’s personal attorney Michael Cohen to sign a nondisclosure agreement about the alleged affair. The following year, Avenatti and Daniels became locked in a legal battle with Cohen over the validity of the agreement. When Cohen’s office, home and hotel room were raided by the FBI in 2018, Daniels agreed to work with the FBI, while Avenatti made over a hundred appearances on various media outlets, in particular CNN and MSNBC, making allegations against Cohen and Trump. Avenatti issued a memo in May 2018 disclosing Cohen’s confidential banking information and alleging that a Russian oligarch had funneled money to Cohen to cover the payment to Daniels, which the company at the center of the allegation denied. Legal analysts and news outlets have raised ethical and transparency questions about Avenatti’s source of funding and his sources of information, particularly Cohen’s banking information.

Michael Avenatti Tries To Get Released From Jail Over Coronavirus; Trump Weighs In

WATCH: A Look Back At All The Media Praise For Michael Avenatti

Avenatti: The Government Didn’t Come After Me For Crimes Until I Became A Threat To Trump

Michael Avenatti To Be Indicted on 36 Counts, Including Fraud, Perjury, Tax-Evasion, And Embezzlement