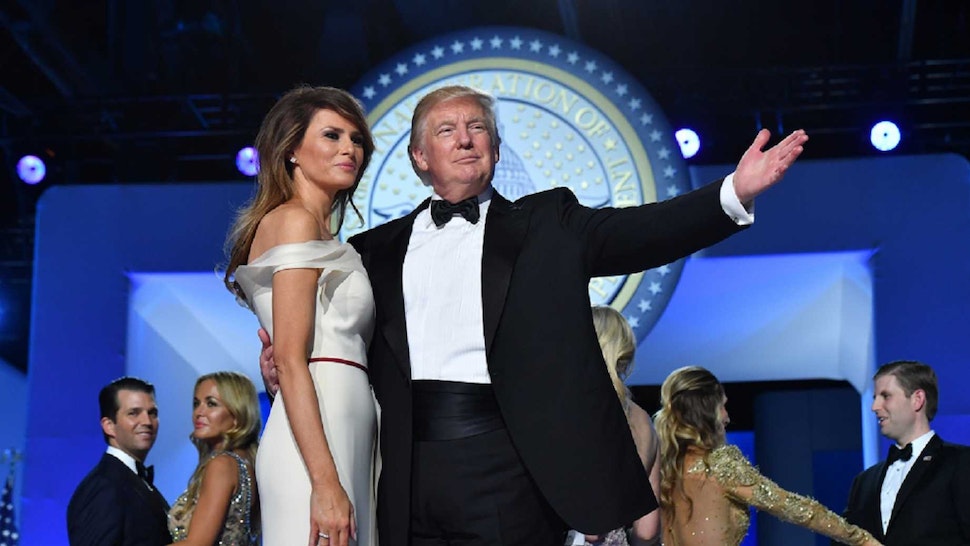 Donald J. Trump is a real estate mogul and television personality who in 2016 pulled off a historic political upset over the “inevitable” Democratic presidential nominee Hillary Clinton. Trump was born in Queens, New York on June 14, 1946 and received his bachelor’s from Wharton School of the University of Pennsylvania. He has been married three times, first to Ivana Trump (1977-1992), then to Mara Maples (1993-1999), and finally to Slovenia-born fashion model Melania Trump in 2005. From those marriages have sprung Trump’s children: Donald Jr., Ivanka, Eric, Tiffany, and Barron.

Trump’s Business Empire: Over the decades Trump built a global business empire, largely based on his real estate ventures, which include luxury hotels, resorts, and golf clubs. He owns or is stakeholder in properties in several states, including in California, Connecticut, Florida, Hawaii, Illinois, Nevada, New Jersey, New York, and Virginia. He has started several businesses, some of which have flourished and others which have folded, like the for-profit Trump University, which during the 2016 campaign was beset by multiple lawsuits claiming fraud that were settled for $25 million soon after he became president in 2017. In addition to his properties, Trump sells or has sold, ties, wine, steaks, and a wide range of other products. In February 2017, Forbes estimated Trump’s net worth at around $3.5 billion. However, Trump estimates his own net worth at around three times that number — “in excess of $10 billion dollars” — among other things, citing his personal brand as being far more valuable than Forbes maintains.

The 2016 Election: From the start, Trump’s unorthodox campaign was marked by controversy, in large part because of his refusal to obey the strictures of political correctness. Among the controversies, was his comment that many of those crossing the border illegally are “rapists” (a reference to reports that a large percentage of unaccompanied minors from Central and South America are raped on the journey to the U.S.). He also called for a temporary “Muslim ban,” arguing for a halt on admission of immigrants and refugees from the terrorism-plagued countries in the Middle East until better vetting procedures are installed. Trump’s personal attacks on his opponents, both on the left and right, likewise earned him criticism. The result of the unprecedented campaign was widespread dismissal of Trump’s chances by political insiders, pundits, and pollsters alike.

Donald Trump became the 45th President of the United States on January 20, 2017. His defeat of Clinton on November 8, 2016, in which he garnered 306 electoral votes compared to Clinton’s 232, is arguably the biggest upset in the history of the U.S. presidential election. Though polling groups and the national media had almost uniformly projected Clinton to defeat Trump rather easily, by a little after 9 p.m. EST on election night, The New York Times‘ projection of the winner flipped on its head. By the end of the night, Trump’s “Make America Great Again” campaign won over most of the Rust Belt and the key swing states, including Florida, Michigan, Nevada, North Carolina, Ohio, Pennsylvania and Wisconsin.

Edward Snowden, Joe Exotic Whine That Trump Did Not Pardon Them