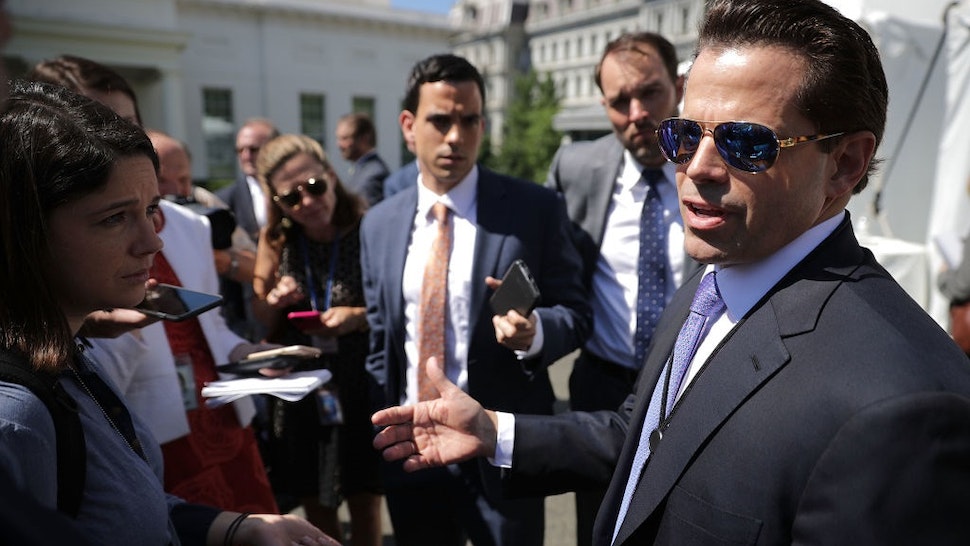 Anthony Scaramucci is a financier, television personality, and political figure appointed by Donald Trump in July 2017 to become White House communications director. Scaramucci, nicknamed “the Mooch,” was born on Long Island on Jan. 6, 1964 into a Roman Catholic, Italian-American family. After earning a B.A. in Economics from Tufts University and a J.D. from Harvard Law, Scaramucci worked for Goldman Sachs for over a decade. In 1996 Scaramucci partnered with Andrew Boszhardt to found Oscar Capital Management, which was sold in 2001 to Neuberger Berman, a firm subsequently sold to Lehman Brothers in 2003. In 2005, Scaramucci founded SkyBridge Capital, a “global alternative investment firm,” from which he stepped down in 2017. In 2011, he was named Ernst & Young Entrepreneur of the Year. Scaramucci gained experience in media on Fox Business Network as a host of “Wall Street Week.”

After Donald Trump won the 2016 presidential election, Anthony Scaramucci served on his transition team and his name was up for consideration for director of White House Office of Public Liaison, a position that eventually went to George Sifakis. In June 2017, Scaramucci was named senior vice president and chief strategy officer for the U.S. Export-Import Bank. In July 2017, Trump appointed Scaramucci as his new White House communications director, a position he held for less than two weeks. By his own admission, Scaramucci had a contentious relationship with Trump’s chief of staff, Reince Priebus, leading to some speculation that Priebus had been blocking Scaramucci’s inclusion in the White House. When Scaramucci was named communications director, Priebus ally Sean Spicer resigned as press secretary and, within the week, Priebus was asked to step down. A few days after John Kelly took over Priebus’ position, Scaramucci was out.

Anthony Scaramucci was the figure at the center of a CNN “fake news” debacle over which three investigative journalists resigned. CNN’s Thomas Frank reported in June 2017 that Scaramucci was connected to a $10 billion Russian investment fund, but after the details of the story came under scrutiny, CNN retracted the story and issued an apology to Scaramucci.

What is Anthony Scaramucci’s political affiliation? Before becoming a Trump supporter in 2016, Scaramucci endorsed Scott Walker and Jeb Bush. In 2008, Scaramucci stumped for Barack Obama. However, the two had a famous contentious exchange at a town hall in 2010 over Obama’s “War on Wall Street.” Scaramucci has given thousands of dollars to both Republican and Democrat campaigns.

YOU’RE FIRED: Trump Brings Accountability Back To The White House

The Mooch Shares Political Cartoon Poking Fun At Bannon And Himself. It Instantly Goes Viral.

MORE MOOCH? Media Claims Anthony Scaramucci Could Be Headed Back To The White House

The Mooch Unceremoniously Forced Out Of Another Position

Anthony Scaramucci Finally Gets a New Job: Co-Host Of The View

DID SOMEONE ELSE DO THE FANDANGO? Scaramucci Asks Soon-To-Be Ex For Paternity Test, Says Source

The Mooch Strikes Back At The White House On Twitter

Scaramucci To Appear On Late Show With Stephen Colbert