BLM, The Organization Behind A Movement

Nearly four years ago, the founding chapter of the Black Lives Matter activist network allied with the main teachers union in Los Angeles. They started organizing students to create a foundation that would transform the nation’s second-largest public school system from within.

The union represents approximately 35,000 educators, librarians, and counselors, most of whom are employed by the LA Unified School District (LAUSD), which serves more than 600,000 students. According to the LA Times, the overwhelming majority come from low-income families.

“I see teaching as a revolutionary act, just the way I see organizing,” Cecily Myart-Cruz, who captured almost 69% of the vote, has said.

Yes!!!!!
OUR Cecily Myart-Cruz, the force behind #BlackLivesMatterAtSchool, comrade in the fight to end random searches of our children in LAUSD, and courageous visionary, was elected as the first woman of color president of @UTLAnow!https://t.co/0ln3TliQoW

Myart-Cruz takes over UTLA leadership duties in July, but according to the Times, the incoming president “has long been part of the union’s activist wing.”

She helped form a progressive caucus that gained control of UTLA in 2014, when she was elected as a vice president. The faction quickly changed the union from a service model to an organizing model, developing a plan that included children, parents, and local advocacy organizations.

Black Lives Matter-L.A. describes UTLA as its “partner” in a progressive coalition working on revamping public schools. The alliance functions “to advance racial justice,” promote “liberatory education,” and end “repressive practices that include the policing of our children.”

After teachers chose Myart-Cruz to be the new head of UTLA, its board of directors agreed to support BLM’s longtime demand to eliminate the district’s police department budget. The union argues that money should be redistributed to othpolicing of our childrener services and programs “with a particular focus on the needs of Black students.”

“We must dismantle white supremacy. We must dismantle racial capitalism,” Myart-Cruz said at a June 8 rally. “And definitely, we must defund the police and bring in the mental health services our students need.”

BLM leaders teach that cops exist to maintain America’s capitalist social order, which in turn is the root cause of police brutality and criminalization against people of color. They say racially biased policing and capitalism are connected structures of oppression that must be dismantled.

On Tuesday, the school board rejected three different motions directed at changing campus law enforcement. One of the plans called for a 90% cut in funding.

The LA School Police Department is the 14th largest force in California, employing 366 sworn officers and 95 non-sworn officers. Its annual budget is $70 million. Put into perspective, the district spends about $150 million every week.

“It’s shameful that Board members who make statements or pass motions about making Black Lives Matter in schools wouldn’t take action to do just that. They squandered this opportunity to do the right thing…”
– Joseph Williams, Black Lives Matter – LA pic.twitter.com/YrJ3uW2s6a

“If you all remember a couple weeks ago, people acted like…the call to defund police was a radical call,” Dr. Melina Abdullah, lead organizer of BLM-LA, said at a joint press conference with UTLA and other labor unions. “We’re at a moment when all of a sudden, our most radical imaginings are possible. We can end the system of policing as we know it. We can defund the police. And we have to begin with our children.”

The drive was part of an incremental BLM strategy to eradicate police from all campuses eventually. The coalition claimed a significant victory after the school board voted to stop the practice last summer. Myart-Cruz reportedly said UTLA had negotiated on the student-activists’ behalf in a deal that had ended a six-day teachers strike in January 2019.

TODAY WE ENDED RANDOM SEARCHES IN LAUSD SCHOOLS!
Today, we disrupted the school-to-prison pipeline.
Today, we made #BlackLivesMatter in schools… at least a little more.
Today, we proved that #WhenWeFightWeWin.
Amazing work @LA_StudentsDsrv @UTLAnow @BLMLAYOUTH!!!

“This is some of the most significant work of the Black Lives Matter movement…the disruption of the school-to-prison pipeline,” Dr. Abdullah tweeted. “Our children’s bodies and spirits will no longer be violated by those who seek to criminalize them in schools.”

“It’s about having a movement, not a moment,” Myart-Cruz, then a UTLA vice president, told KCAL-9 News, repeating a slogan often used by Black Lives Matter activists.

Dr. Abdullah led students in chants, while her daughter, Thandiwe, who was 12-years-old at the time, sat on a panel that discussed topics similar to grown-up BLM themes, like a distrust of law enforcement.

“Whenever I see a cop car, when I’m leaving home for practice, I actually get mad,” said an 8th grader who was identified by BLM as a Youth Vanguard member. “I should actually feel protected whenever I see a cop,” he continued. “Instead, I feel unprotected.”

The gathering concluded outside of the auditorium after attendees paid tribute to Assata Shakur, the customary ending of official BLM events.

Shakur was part of a revolutionary extremist group called the Black Liberation Army. Among the FBI’s “Most Wanted,” Shakur escaped from prison in 1979 while serving a life sentence for the murder of a New Jersey state trooper. She is living in communist Cuba under political asylum.

Leaders in the LA School Police Department soon began to take notice of UTLA’s cozy relationship with BLM and the anti-cop sentiment that seemed to be surrounding some of their events. After several BLM activists had spoken openly about their long-term objective of abolishing the school district’s police force, officers questioned whether the teachers union shared that goal.

If you missed the 8am broadcast, please catch “Move the Crowd” on https://t.co/ZO9cEIVNNw at 12 noon featuring the BLMLA Youth Vanguard talking about prison and police abolition, beginning with ending random searches and police presence in schools. @blmlayouth @la_studentsdeserve

“I wanted to give them the benefit of the doubt, but the more evasive they were about it, the more suspicious we became. We’re cops,” P.J. Webb, President of the Los Angeles School Police Management Association, told The Daily Wire in 2018.

At the time, UTLA insisted it did not have an organizational position on the abolishment of school police, but still refused to provide the two unions that represent school police officers statements of support. However, UTLA did delete specific posts from its official social media platforms, such as a tweet that encouraged “youth of color” to organize against the “over-policing” of LA public schools.

The teachers union continued to deny that it backed BLM’s plan to abolish the school police department until earlier this month.

According to Myart-Cruz, some UTLA members said they would stop paying their dues after the union issued a statement in support of BLM. Still, the soon-to-be president recently proclaimed she is “proud that my union is standing up,” adding, “we have to move this conversation forward, whether you are teaching Black kids or you’re a Black educator.”

“We need to have a set of demands that dovetail with Black Lives Matter,” Myart-Cruz continued. “We have to have massive political education. People will say, ‘Not all police are bad,’ but we’re not talking about that. We’re talking about racism as a social construct, systemic and institutional racism, and wrapped on top is white supremacist culture, which is the dominant culture. So as educators, how are we going to equip ourselves to become anti-racist, not for ourselves but for our students. We serve a school district with a 90% free-and-reduced lunch student population. We have to move the needle. It’s imperative to move the needle around racial and social justice.”

Myart-Cruz was a keynote speaker at the Democratic Socialists of America National Convention last August, where she said teachers should engage with students “in a way that shakes the very foundation of our nation.” 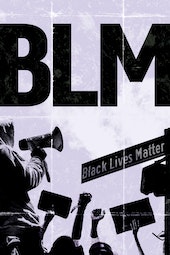