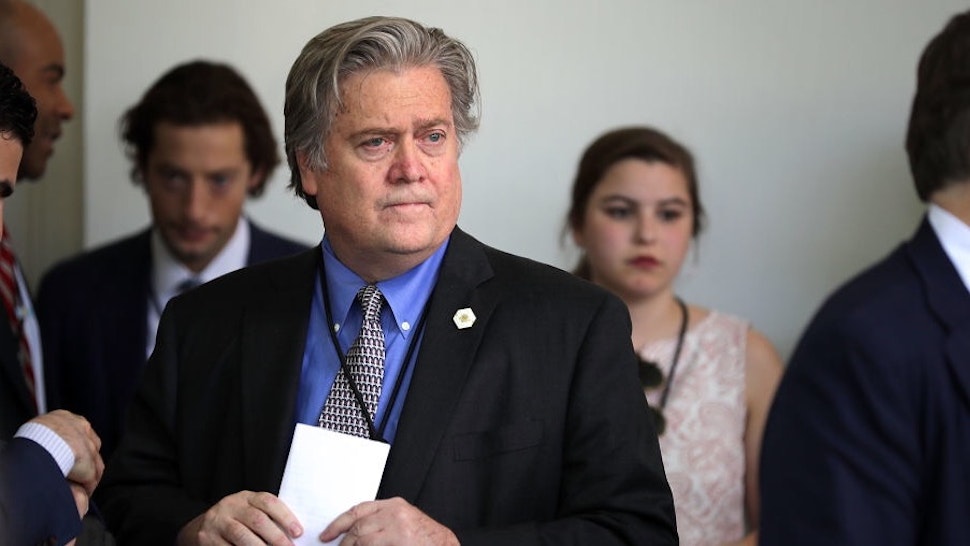 Who is Steve Bannon? Stephen K. Bannon (b. Nov. 27, 1953) is a media executive, filmmaker, and political figure who was the executive chairman of Breitbart News and served as the campaign strategist and White House chief strategist for Donald Trump.

What was Steve Bannon’s role in the Trump administration? Steve Bannon served as Donald Trump’s 2016 campaign strategist from August 2016 until Trump won the election in November 2016. During the presidential transition, Bannon was named Trump’s White House chief strategist, a position he held until August 2017.

What was Steve Bannon’s role at Breitbart News? Steve Bannon served as the executive chairman of Breitbart News from 2012 to August 2016, when he accepted a position as campaign strategist for Donald Trump. Financial disclosure forms released by the Trump administration in early 2017 revealed that Bannon was not an owner of Breitbart News.

How much is Steve Bannon’s net worth? According to financial disclosure forms released by the Trump administration in spring of 2017, Steve Bannon is worth between $9.5 million and $48 million. The disclosures indicate that a majority of Bannon’s wealth is held in real estate, his consulting firm, Bannon Strategic Advisors (worth between $5 and $25 million), and his film company, Bannon Film Industries (worth between $1 million and $5 million). Steve Bannon also receives an undisclosed amount in royalties from his stake in the hit television series Seinfeld, which he acquired when he helped negotiate the sale of the show’s production company Castle Rock Entertainment to Ted Turner. Steve Bannon began his career as an investment banker for Goldman Sachs before opening his own office, Bannon & Co.

What is Steve Bannon’s political views? Steve Bannon’s political views are generally described as populist and anti-globalist, promoting isolationism and protectionism. He became widely associated with the alt-right in 2016 after labeling Breitbart News “the platform for the alt-right.” In an August 2017 interview, Bannon denounced ethno-nationalism and dismissed the “losers” who embrace it as a “fringe element.”

New Docs Suggest Bannon May Have Given False Info To Mueller

FACT CHECK: No, College-Educated Republican Women Are Not ‘Extinct’

Wolff In Sheep’s Clothing: Here’s How The Muckraking Author Got Himself Into The White House

Poll: Trump Voters Side With The President Over Steve Bannon By A YUGE Margin

Bannon Out At Breitbart

The Mooch Shares Political Cartoon Poking Fun At Bannon And Himself. It Instantly Goes Viral.

Billionaire Funders of Bannon and Breitbart Nuke Bannon From Orbit: ‘No Financial Support’

Report: Breitbart News Board Considers Dumping Bannon. They’d Be Fools Not To Do So.