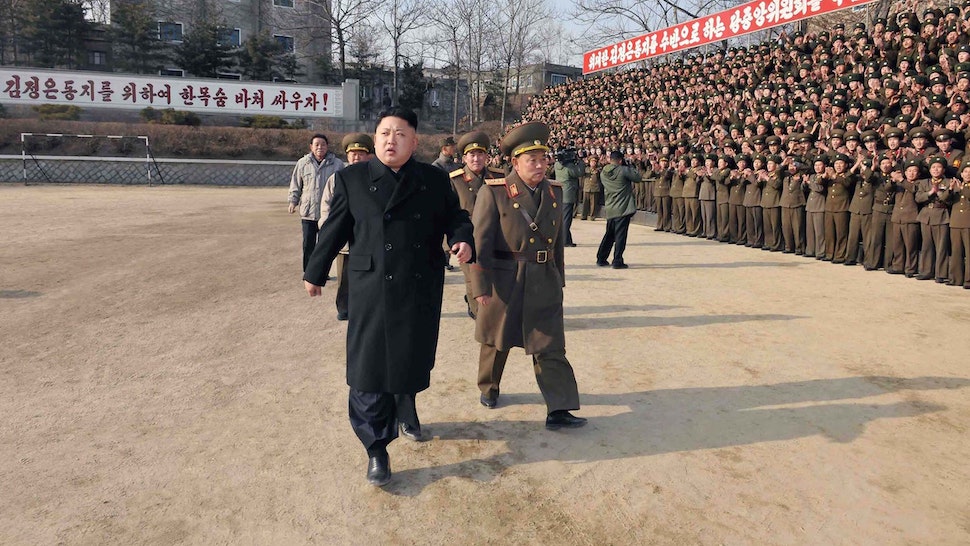 North Korea, or as it refers to itself, the Democratic People’s Republic of Korea (DPRK), is a totalitarian, communist state that maintains a largely isolated existence and a hostile relationship with South Korea and the West, particularly the United States. Its primary allies have been Russia and China, with which it shares its northern border. When the Empire of Japan surrendered control of the peninsula in 1945, the country was divided into two zones: the Soviet-influenced communist north and the capitalist south. Communist North Korea was founded in 1948 after reconciliation failed.

Who started the Korean War? North Korea started the Korean War by invading South Korea in 1950. North Korea was backed by communist China while South Korea was aided by the U.S.-led United Nations. Though the two countries signed the Korean Armistice Agreement ceasefire in 1953, they never signed an official peace treaty. The armistice called for “a suspension of open hostilities, a fixed demarcation line with a 4km (2.4 miles) buffer zone — the so-called demilitarization zone — and a mechanism for the transfer of prisoners of war.” Both countries continue to claim authority over the entire peninsula.

What is North Korea’s form of government? North Korea is an atheistic, militant communist country, in which the state controls the means of production and a large percentage of the population are members of the military. North Korea holds what it claims are legitimate elections, but in reality are pre-determined events made to affirm its “democratic republic” façade. The communist Workers Party of Korea maintains complete control over North Korea’s government, with the heads of the WPK, the Kim dynasty (which began with Kim Il-sung in 1948), ruling the state as a dictatorship. North Korea is an atheist state; the only public display of anything resembling religious devotion allowed in the country is the cultish worship of the Supreme Leader.

Otto Warmbier’s Mom To Kim Jong Un: ‘I Hate You … You Can’t Hurt Me Anymore’

KLAVAN: Bolton’s Departure Tells Us Much About Trump’s Foreign Policy

Too Many Kooks Spoil The Nuclear Standoff [Satire]

Time Columnist Posts Quote From Trump That Goes Viral, Then Admits It Was Fake; Trump Responds

How Did North Korean Dictator Get Limos? Automaker Says It Doesn’t Know.

Trump Unloads On Democrats For ‘Presidential Harassment,’ May Have Prompted The ‘Walk’ Overseas

Trump Attempts To Clarify His ‘Misinterpreted’ Remarks On Otto Warmbier