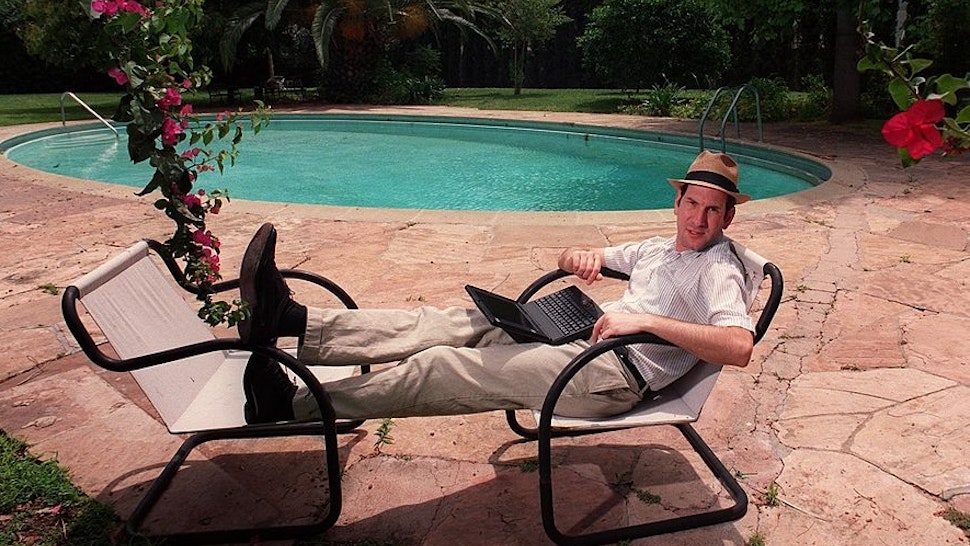 Matt Drudge (b. Oct 28, 1966) is the man behind the Drudge Report, one of the world’s leading aggregator websites that helps shape the news cycle by providing frequently updated headlines that link to the day’s top stories. Matt Drudge first came on the national radar in 1998 through his role in breaking the story of the affair between President Bill Clinton and 22-year-old White House intern Monica Lewinsky. The Drudge Report has become an important player in the national media ever since.

When did Matt Drudge launch the Drudge Report? Matt Drudge launched the Drudge Report website in 1996. After moving to Los Angeles in 1989, Drudge began sending an email newsletter called the “Drudge Report” in the mid ‘90s that transitioned from entertainment insider gossip to increasingly political topics and picked up tens of thousands of subscribers in a few short years. Drudge created his website in 1996, finally earning major national intention in 1998 with the breaking of the Monica Lewinsky affair. During that time, Drudge met Andrew Breitbart; Breitbart served as the afternoon editor for the Drudge Report until he left in 2005 to run his own news website, Breitbart.com, full-time.

Is Matt Drudge conservative? Matt Drudge is a conservative with what many describe as populist leanings, which appear to be confirmed by his site’s strong support of Donald Trump in 2016. Drudge has described himself as simply a “conservative” who is pro-life and embraces most of the key conservative tenets. He has also said that he aligns with many libertarian political (not social) views.

How much is Matt Drudge worth? Matt Drudge is worth an estimated $90 million. He has made his money almost entirely from ad revenues on his website, which by 2012 was earning an estimated $15-20 million per year and has continued to gain traffic since.

TRUMP: ‘I Gave Up On Drudge’

Is The Right Falling For Another Fake News Hoax With Seth Rich?

Did Trump Offer Infowars A Press Credential? Here Are 7 Things You Need To Know About Infowars.

Conservatives Plan Meeting With Facebook’s Zuckerberg, Trump Supporters Lie And Whine About It

Hillary Has ‘The Most Amazing Hair’ According to Hairdresser