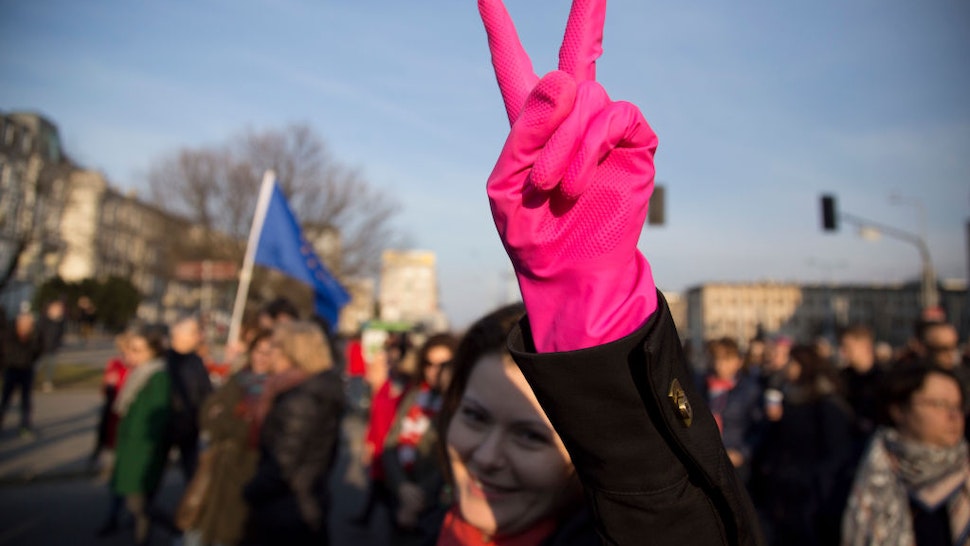 Gender has become a hot-button issues in recent decades, much of the debate revolving around the distinction between biological sex and the social and cultural differences between the sexes (masculinity and femininity), with some arguing that gender is not tied to biological sex while others maintain that the two are connected to some degree.

How many genders are there? There are two biological genders or sexes, male (XY genotype) and female (XX genotype). Chromosomal anomalies (for example XXY) do occur in nature, but very rarely. According to those who promote “non-binary” gender identity theory, there are more than two genders and gender is self-identified, not connected to one’s biology. Facebook has even provided over 50 “gender” options.

What’s the difference between gender and sex? The term “gender” was first used simply as another way to reference the male or female sex, thus the terms were largely interchangeable. But that shifted in the second half of the 20th century, as Etymology Dictionary explains:

Over the last quarter of the 20th century, feminist theory often promoted the idea that “sex” and “gender” were distinct concepts and not necessarily connected, gender being mostly or entirely socially constructed.

The current formal definition of gender is, as the Oxford Dictionary defines it, “Either of the two sexes (male and female), especially when considered with reference to social and cultural differences rather than biological ones.” But with the growing influence of feminist and LGBT theories, that definition is beginning to change to include “non-binary” genders or “genderqueer” (neither male nor female), as Oxford notes in its follow-up to its original definition: “The term is also used more broadly to denote a range of identities that do not correspond to established ideas of male and female.”

What is gender identity? Those who promote “gender identity” theory argue that one’s self-identified gender — or the gender one feels he or she is — should trump biological sex, including when it comes to which bathroom an individual uses or what sport or club one joins. The debate over transgenderism, or gender dysphoria, a mental condition in which one believes he or she is of the opposite sex, has resulted in major political and ideological debates in the 21st century.

News Outlet Claims Women Hardest Hit By Coronavirus, Buries Fact That Men Are More Likely To Die From It

Report: Marvel Studios Chief Kevin Feige Misspoke, There Are No Plans For A Transgender Superhero

WALSH: Female Student Breaks Down In Tears As School Board Grants Boys Access To Girls Locker Room. This Is Simply Evil.

PRAGER: Air Canada To Its Passengers: ‘Screw You’

WALSH: To Prevent The Next James Younger Case, Senate Republicans Must Pass A Bill Banning Chemical Castration Of Children