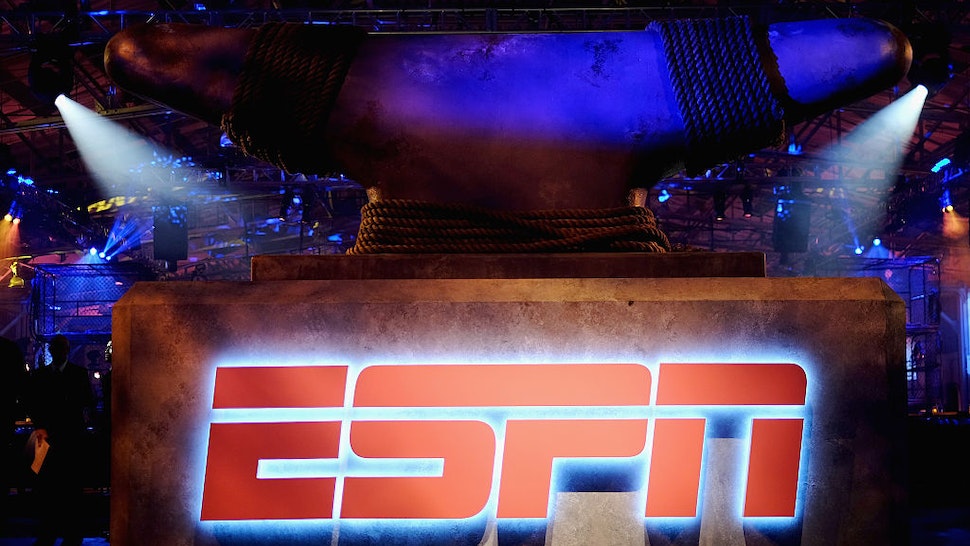 Who owns ESPN? ESPN is jointly owned by The Walt Disney Company and the Hearst Corporation, with Disney owning the majority share. ESPN was founded in 1979 by Bill Rasmussen and Getty Oil, who sold the channel in 1984 to ABC, which was itself purchased the following year by Capital Cities Communications. Disney purchased ABC in 1996 and has maintained full control of ESPN Inc. since.

What does ESPN stand for? The acronym ESPN originally stood for Entertainment and Sports Programming Networks.

How much is ESPN worth? In 2012, Forbes estimated that ESPN was worth $50.8 billion. In 2017, Forbes estimated that the ESPN brand was worth $15.8 billion, ranking it as the 32nd most valuable brand in the world. However, Forbes noted that ESPN has experienced major financial turmoil in recent years due to exorbitant viewing rights expenses and losing 12 million cable subscribers over the course of 5 years:

The double whammy is impacting profits, but ESPN is the world’s most profitable media brand with operating earnings of more than $4 billion thanks to monthly affiliate fees of $7 for ESPN. The company laid off roughly 100 employees, including many high-profile on-air talents, during 2017. The NBA’s $24 billion TV deal with ESPN/ABC and TNT kicked off for the 2016-17 season. At $2.66 billion annually, it is worth triple the prior pact.

How many channels does ESPN own? ESPN owns eight major channels in America, as well as several channels in other countries, including Australia and Brazil. In addition to its flagship channel, ESPN News, the network includes ESPN2, ESPNU, ESPN Classic, ESPN Deportes, ESPN+, SEC Network, and Longhorn Network.

Is ESPN politically biased? ESPN has been widely criticized for its increasingly left-leaning bias and its overtly social justice-oriented approach to identity politics, including race, sexuality, and gender. In November 2016, ESPN public editor Jim Brady admitted that widespread perception of political bias was harming the network. “Internally, there’s a feeling among many staffers — both liberal and conservative — that the company’s perceived move leftward has had a stifling effect on discourse inside the company and has affected its public-facing product,” he said. “Consumers have sensed that same leftward movement, alienating some.” In recent years, ESPN has increasingly devoted air time to hot-button cultural and political topics, frequently taking what many perceive as an “activist” stance on issues. A few recent examples: the network’s open support of Colin Kaepernick’s National Anthem protests; its promotion of the transgender bathroom movement; its consistently positive portrayal of Black Lives Matter and leftwing racial activists; its fawning coverage of Barack Obama; and its firing of conservative employees, including Curt Schilling and Mike Ditka.

ESPN Radio Host Dismissed Trump Warning On Rioters. They Came To His Home. Now He Wants A Gun.

Jason Whitlock’s Unheeded Warnings On The NFL, Racism, And The Media’s Sports Agenda

Report: ESPN Suspends NBA Reporter After ‘F*** You’ Email To Josh Hawley; Hawley Has Another Idea

Colin Kaepernick Signs Deal With Disney/ESPN To Make Docu-Series About His Own Life, Social Justice Films

Michael Phelps Says This Is ‘Most Overwhelmed’ He’s Ever Felt, Slams Media

KLAVAN: What A Bunch Of Phonies