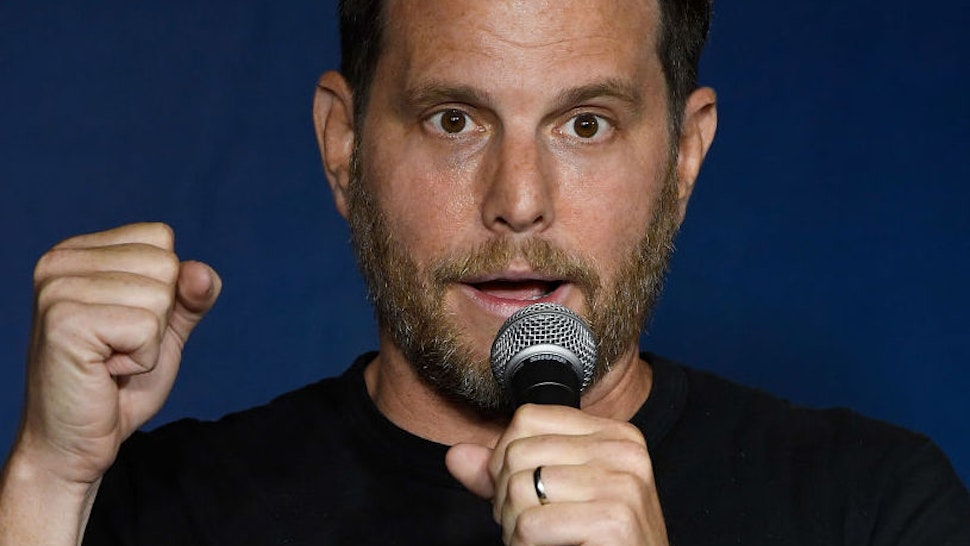 Dave Rubin is a prominent right-of-center political commentator, podcast host, and member of the “intellectual dark web.” Rubin, who was born in New York and raised there in a secular Jewish household, now lives in Los Angeles. He is openly gay. Rubin, who is most closely associated with his podcast, “The Rubin Report,” is an opponent of identity politics and big government largesse. He identifies with the libertarian/classical liberal wing of contemporary right-of-center political thought. Rubin is a prominent member of the “intellectual dark web,” alongside others such as Daily Wire Editor-in-Chief Ben Shapiro, Jordan Peterson, Eric Weinstein, and Sam Harris.

How did Dave Rubin’s career get started? Rubin began doing stand-up comedy in New York City in the late 1990s and eventually worked with the popular Comedy Cellar comedy club. He continued doing stand-up comedy in New York City until 2007. In the late 2000s, Rubin was involved in hosting or co-hosting numerous podcasts, including “Hot Gay Comics,” “The Ben and Dave Show,” and “The Six Pack.” An early version of “The Rubin Report” launched in 2012.

What is Dave Rubin’s political philosophy? Rubin is a classical liberal who believes in a smaller government, free speech, and individual responsibility. Rubin has described progressivism as a “mental disorder.” He eschews traditional social conservatism in numerous areas and is personally agnostic, in terms of religion.

Mike Rowe: ‘We Can Be A Safety First Country, But Only For Very, Very, Very Short Periods Of Time’

PRAGER: A Response To 2 Secular Conservatives I Adore

WATCH: Dave Rubin Warns Liberals: The Mob ‘Will Come For You’

‘Don’t Get Hung Up In The Schism Of An Ism’: Reagan Actor Dennis Quaid To Sing In New Documentary ‘No Safe Spaces’

Dave Rubin To Will Smith: Welcome To The Intellectual Dark Web

Dave Rubin’s Message To Liberal Professors: They’ll Destroy You, Too

EXCLUSIVE: Dan Bongino On The Future Of Conservative Media