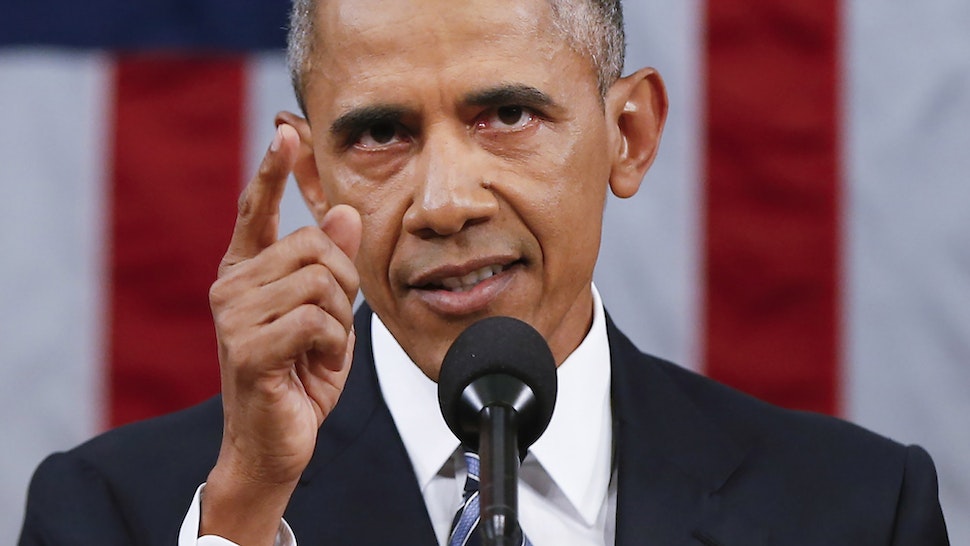 Barack Hussein Obama II served as the 44th president of the United States from 2009–2017. A member of the Democratic Party, Obama was born in Hawaii and grew up partially in Hawaii and partially in Indonesia. He graduated from Columbia University and Harvard Law School, working for three years in Chicago as a community organizer between college and law school. After law school, he returned to Chicago full-time, where he quickly became active in left-leaning political and legal circles. From 1992–2004, he served as a lecturer at the University of Chicago Law School. He first ran for political office in 1996, winning his Illinois Senate race.

Obama is married to Michelle Obama (née Robinson) and has two daughters, Malia and Sasha.

In November 2008, Obama made history as the first black American to be elected to the office of president of the United States.

Electoral History: In 1996, Obama successfully sought the vacant seat representing the Illinois Senate’s 13th district, which covered large swaths of Chicago’s South Side. He was subsequently re-elected in 1998 and 2002. In the interim, Obama lost the only political race he would ever lose: A Democratic Party primary challenge to incumbent Rep. Bobby Rush (D-IL) for Illinois’s first congressional district.

In 2004, Obama sought the U.S. Senate seat in Illinois that was vacated by retiring U.S. Senator Peter Fitzgerald. Obama won the Democratic primary and won the general election in a landslide over Republican Alan Keyes.

In 2008, after a mere four years in the U.S. Senate, Obama sought the Democratic Party’s presidential nomination. Obama emerged as the strongest challenger to front-runner Hillary Clinton. Obama, who presented himself as consistently to the left of Clinton on issues both foreign and domestic, secured the nomination in June 2008. He named longtime U.S. Senator Joe Biden (D-DE) as his vice presidential running mate. In the 2008 presidential general election, he prevailed over U.S. Senator John McCain (R-AZ) by an Electoral College margin of 365–173. The intense financial crisis that hit in September 2008 is often credited with ending any possible chance that McCain may have had to defeat Obama.

In 2012, Obama successfully sought re-election to the office of the presidency, defeating former Massachusetts Governor Mitt Romney by an Electoral College margin of 332–206.

On The Issues: Obama’s political philosophy is best described as that of a full-spectrum leftist. Venerable conservative columnist George Will of The Washington Post has described Obama as being the “fourth transformative progressive” president, following in the ideological and intellectual footsteps of Woodrow Wilson, Franklin Roosevelt, and Lyndon Johnson.

Constitution: Obama taught constitutional law at the University of Chicago Law School for twelve years. He is broadly aligned with leftist orthodoxy — i.e., “living constitutionalism” — on issues pertaining to the Constitution. Obama takes an expansive view of both executive and congressional power and takes a narrow view of state-level police power within the Constitution’s federalist system of dual sovereignty. He was prolific in judicial nominations, successfully nominating both Justices Elana Kagan and Sonia Sotomayor to the U.S. Supreme Court and also successfully stacking the U.S. courts of appeal with many left-leaning judges.

Economy: Obama is best described as a Keynesian who believes in the purported economic benefits of large-scale government investments and deficit spending. Obama successfully shepherded through a massive fiscal stimulus package in his first year in office, oversaw the passing of the regulation-heavy Dodd-Frank Wall Street Reform and Consumer Protection Act, dramatically expanded the national debt, and hiked income taxes on the wealthy. Obama’s zero-sum economic thinking and community organizer-groomed emphasis on collectivism frequently leant itself to “class warfare”-style rhetoric.

Health Care: Obama oversaw the passing of the Patient Protection and Affordable Care Act — also known as Obamacare. Obamacare was the president’s signature first term accomplishment, and was likely his top domestic policy legacy item. Obamacare radically reshaped the individual market for health insurance, infamously included a tax/mandate to purchase health insurance, and generally dramatically expanded the role of government in the regulation and provision of health care. There is likely no Obama agenda item that conservatives have more consistently opposed than Obamacare. On health care-related entitlement programs, such as Medicare and Medicaid, Obama made no attempts at reform.

Immigration: Although Immigration and Customs Enforcement deportation totals were generally high throughout his presidency, Obama consistently cultivated a pro-amnesty posture on illegal immigration. His two major unilateral executive amnesties, DACA in 2012 and DAPA in 2014, have been fiercely opposed by conservatives and have been the subject of high-profile lawsuits. Obama supported the “Gang of Eight” amnesty bill in 2013, which passed in the Senate but was never brought for a vote in the House. On legal immigration, Obama did not seem to possess any of the protectionist skepticism of mass labor that has characterized some labor union-centric Democrats in the past.

Foreign Policy: Obama initially campaigned in 2008 heavily against the Iraq War, and he generally governed in office as a president reluctant to entrench the U.S. in further conflicts in the Middle East. Obama’s Middle East foreign policy centered around his desire to realign U.S. interests away from Israel and the U.S.’s traditional Sunni allies, such as Saudi Arabia, Egypt, and the United Arab Emirates, and closer toward the Shiite Islamic Republic of Iran. Obama failed to support the 2009 Green Revolution in Iran and ultimately entered the U.S. into the Joint Comprehensive Plan of Action (i.e., Iran nuclear deal), although President Donald Trump has since exited the U.S. from the latter. Obama was largely dovish on Russia, preferring to mollycoddle Vladimir Putin by removing U.S.-aligned missile defense systems from Eastern Europe. Obama took steps to loosen the U.S.’s longstanding embargo on Cuba, although he received no tangible concessions from Cuba’s communist dictatorship before doing so. Despite being generally dovish, Obama nonetheless took a strong view of executive power in the context of national security — as perhaps best embodied by his drone strike in Yemen of U.S. citizen Anwar al-Awlaki.

Guns: Obama was largely hostile to the Second Amendment and consistently supported stricter gun regulations throughout his political career. As president, he frequently attempted to capitalize on national gun-related tragedies, such as the school shooting in Newtown, Connecticut, to push for new anti-gun measures. Obama supported a ban on the undefinable sub-class of firearms referred to as so-called “assault weapons” — a line of thought that, if taken to its logical conclusion, could lead to the banning of all semi-automatic firearms in America.

HAWORTH: If Trump Acted Like Obama, The Left Would Explode: 5 Examples

SCHAEFFER: Donald Trump: The Second Most Arrogant President Since 2008

SCHAEFFER: The United States IS Exceptional. Ask The Japanese.

Barack Obama: Biden’s And Sanders’ Agendas ‘Not That Different From A 40,000-Foot Level’

LIMBAUGH: Obama Should Fool No One With His Bipartisan Mask

DNC Used Deported Woman To Attack Trump. She Was Deported Under Clinton, Flagged Under Obama.

Obama Rips Into Trump By Name, Says He ‘Hasn’t Grown Into The Job Because He Can’t’

Trump Unleashes On Obama As Obama Gives DNC Speech: ‘HE SPIED ON MY CAMPAIGN, AND GOT CAUGHT!’

Michelle Obama: Children Are ‘Torn From Their Families And Thrown Into Cages.’ Her Husband Built The Cages.