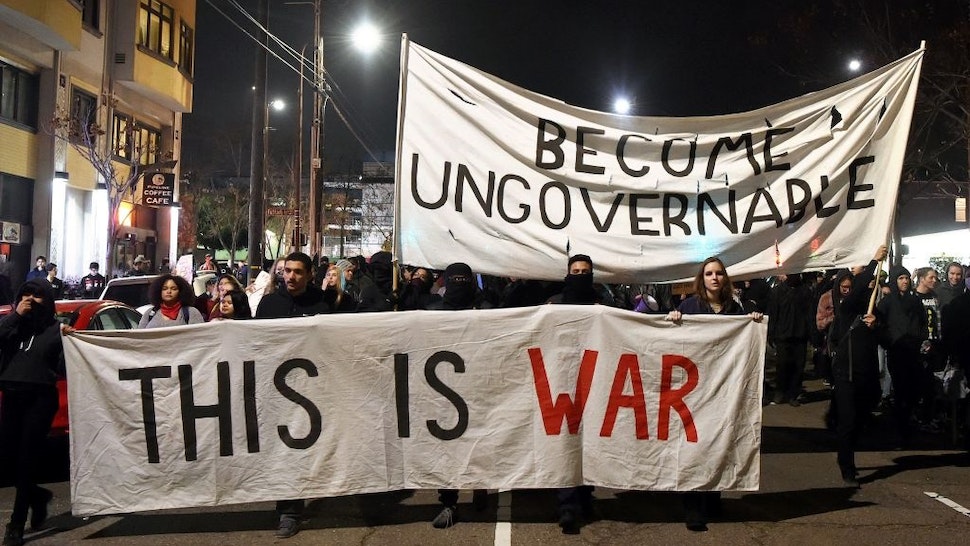 What is Antifa? Antifa is a left-wing political movement that has used criminal violence, threats, and vandalism to shut down events organized or hosted by conservative, libertarian, and right-wing personalities and groups.

What does Antifa mean? Antifa is an abbreviated term for “anti-fascist,” though the group itself uses violent, fascistic practices to silence dissenting voices. Antifa pits itself against those they declare “fascist,” using that label to justify disruption and violence.

What are Antifa’s politics? Antifa markets itself as “anti-fascist,” “anti-racist,” and “anti-homophobia.” Though the ideology of its members is not unified, it is generally grounded in Marxism and social justice. Antifa activists are regularly seen with communist, socialist, anarchist, and neo-Marxist paraphernalia, symbols, and signage, including the Soviet hammer and sickle, the raised/clenched fist, and “anti-capitalist” messaging.

Is Antifa violent? Antifa has been documented committing criminal violence and destroying property in shutting down conservative, libertarian or right-wing speakers and events, as has occurred in various cities and college campuses across the country. “In the name of fighting for those ideals [of the social justice left] — and putting a stop to ‘hate speech’—some antifa protestors will employ militant tactics or violent means such as vandalism,” explains Time.

Is Antifa anti-free speech? Antifa has used disruption and violent means to shut down events they deem “fascist,” which has included speakers and events espousing conservatism, libertarianism, and support for Donald Trump. Antifa borrows heavily from the social justice approach to speech, conflating speech with physical violence and promoting the idea that offensive rhetoric or “hate speech” must be silenced through extreme means, including physical assault and destruction of property.

Far-Left Activists Go Into Oregon Suburbs To Go After Police Precinct. It Doesn’t End Well For Them.

SHAPIRO: The Left’s Willingness To Tolerate Violence Should Frighten All Americans

Trump Says Oregon Officials Will Clear ‘Beehive Of Terrorists’ In Portland, But Will Send National Guard If They Don’t

WATCH: Activists Get In Violent Struggle With Police While Marching Through Oregon Suburb, Confronted By Residents

OVER? White House, Oregon Governor In Discussions To Draw Down Fed Presence In Portland Per Report

AG Barr Defends Sending Federal Agents To Portland: ‘Since When Is It Okay To Burn Down A Federal Courthouse?’

WALSH: The Confused And Pointless Rage Of An Entitled Generation

Seattle Police Chief Memo To Businesses: We Have ‘No Ability To Safely Intercede’ To Protect You From ‘Violent’ Crowds

ESPN Radio Host Dismissed Trump Warning On Rioters. They Came To His Home. Now He Wants A Gun.

KHAN: The 8 Most Insane Things That Happened In Seattle’s Radical ‘Autonomous Zone’